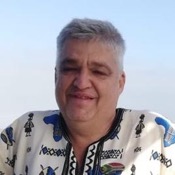 As a culture/nature tourist guide, I do not simply present facts/figures/attractions to my tourists - I tell a story and try to bring South African culture, society and nature alive to them!

I was honoured to be named the Lilizela Awards 2016 Culture Guide of the Year for KwaZulu-Natal Province and was the first runner-up for the Lilizela Awards 2016 Culture Guide of the Year for South Africa. My passion for tourism was ignited from an early age, when as a young boy I would often accompany my father (also a tourist guide) on his many travels throughout South Africa. This passion has evolved over the past 30 years, as I have worked in the industry on a more professional level as a tour manager for Gate 1 Travel and Collette Tours in South Africa/Botswana/Zimbabwe, as well as a national tourist guide/coach driver, tour manager and route planner for major South African tour operators (handling their national tours for SAGA, Travelsphere, Globus, Cosmos Archers and Titan). I also handled many of their contracts with local and international VIPs. In addition to my day tours in Durban and the KwaZulu-Natal Province, I am also very willing to undertake overnight stays to any national South African tourist destination, including Swaziland and Lesotho. I am able to manage any group size, nationality and age.