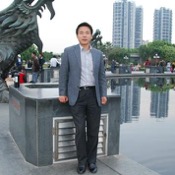 A great tour begins with a great local guide. Hello, My name is Kevin - your reliable local tour guide in Zhangjiajie.

I originally became a tour guide because I love traveling, hiking and exploring. Zhangjiajie is my hometown, I wanna share with you not only the most beautiful views, but also the mysterious local cultures & stories. What I can do is to make your trip hassle free, enjoyable, interesting, meaningful, and more than that, i'm a friend of you here to share our minority lifestyle with you.