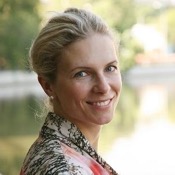 Dear friends! My name is Svetlana. I am a native Muscovite and a professional licensed Moscow tour guide with over eight-years experience.

I was a member of the communist youth organization when the USSR collapsed and a new era began. Monuments of old Russia were restored all over the country and new sources of historical information became accessible which allowed me to personally re-evaluate Russian history. This made me very interested in Russian history and art!

Having studied and worked in Europe and travelled a lot, I have the background to filling up the many gaps in knowledge which tourists usually have about Russia.

I very much enjoy introducing visitors to the landmarks of old Russia and I am keen to share my knowledge of the Soviet era and provide some insights into contemporary life in Russia.

In addition here is the list of great places which can be included into your itinerary:

- The Space Museum - a great place to learn about Soviet achievements and challenges in space.
- VDNKh - USSR Expo from 1930ies;
- Metro - the most beautiful underground system in the world full of Soviet realist art!
- The Museum of Soviet Arcade Machines - collection includes about 80 arcade machines produced in Soviet military factories. You can play about 15 of them.
-Lenin's Gorky - A former aristocrats' estate near Moscow, where Vladmir Lenin lived last years of his life;
-Novodevichy convent - a picturesque place which used to be the most prestigious Russian nunnery;
-Novodevichy cemetery - the most prestigious Soviet cemetery;
-The Kolomenskoye Estate - the favorite summer residence of the Russian tzars in the 16th to 17th Centuries;
-The Tsaritsino Estate - one of the significant monuments of 18th century Imperial Russia;
-Izmailovo market -the largest flea market with decorative and applied arts, handicrafts, souvenirs and antiques.
-Jewish Museum and the Center of Tolerance - the best Jewish museum in Russia
-Romanov Boyars' Chamber Museum - an authentic museum to explore an every day life of medieval aristocrats;
-Arbat street - a lively pedestrian zone full of with souvenir shops, street musicians and artists;
-Leo Tolstoy House-Museum
-Boris Pasternak House-Museum
-The Diamond Fund - a collection of precious stones, naturals nuggets and jewelry, exhibited in the Kremlin;
-Food tour - to get to know Russian and Soviet cuisine and most distinguished cuisines of the USSR.
-The State Historical Museum which covers the history of Russian territory from Stone Age to the 19th century;
-Datcha - I can invite you for tea to a fascinating country house from Soviet times to meet with a common Russian family;
-Sanduny banya - I can organize a visit to Russian sauna!

What else would you like to see in Moscow?

Svetlana is a wonderful tour guide. She is so friendly and knowledgeable and her English is excellent. She knows very well the history of the country and she is making the link between the history and the architectural wonders of Moscow. We were a group of 5 friends and we have had a fantastic time during the tour. We had one day fully of joy, history and fun !!! If you want to visit Moscow Svetlana is your tour guide.
Pedro Panisello

Due to Government regulations I am not permitted to guide in Russian language in the Kremlin and in the Armory.