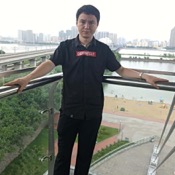 I know everything here. The reason for me to being a tour guide is I want to show my hometown to foreigners as much as I can. Not only for the love of it, but also for the promotion of Harbin to all over the world through the toursbylocals.
I have been working as a tour guide for 5 years. Initially, I was an interpreter for some Chinese tour guides in receiving foreign customers. Later, I got my tour guide license and became a peofessional tour guide myself. I can lead you across Northeast China. I have done that many times.
I work in a vocatinal and technical college as an English teacher, and I also work as a professional tour guide in both winter and summer vacations. I can arrange my own time, and I am not fully scheduled in my teaching week. Most of the customers I received are Australians and European English speakers.
I think I can understand the western culture and make good comparisons with Chinese culture.
I am definitely the one you like to meet.
I can also be your tour guide in Changchun, the Capital of Jilin province which is the next-door of Heilongjiang province. Harbin is the Capital of Heilongjiang. Changchun can also be regarded as my other hometown. I stayed couple of years with my "ex" there. High-speed rails can take us there just one hour from Harbin. If you have a wish to prolong the pleasant trip after traveling Harbin, you may think about Changchun.

I get my Master of Arts in Heilongjiang University, majoring in English Literature.
I get my tour guide license issued by China Travel Bureau.

I am not a driver. I can arrange for a car, a van and a bus with drivers.