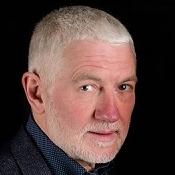 Message Roger B. View All Tours

The guiding course I attended lasted two years and took students to all the major cities in Belgium; it were intense and interesting years, because our small country has a lot to offer. My guiding career started in 2008 when the Atomium celebrated it's 50th anniversary. I have an emotional link with the buidling with the nine spheres because we are nearly as old; actually I'm one day older.

I started guiding groups in Brussels, but quickly expanded my activities, and am now showing Americans, Canadians, Germans, Dutch, English, Chinese, Indian and Flemish people and many other nationalities how beautiful and interesting Bruges, Antwerp, Ghent; Louvain or Ostend are.

Mrs. Yvonne B. of the Atomium wrote about me: Roger is a guide to whom I can entrust different groups, not only adults or senior citizens but also school groups with children or teens. He is able to put himself to the level of his audience, and this is very important for the Atomium because of its many visitors coming from different 'horizons'. Another significant asset is the reliability of the guide - I can always count on Roger, even if the mission is 'out of the beaten track' (some clients might have specific demands, as for instance focusing more on an aspect that does not belong to the 'normal' tour). Last but not least, the languages… Roger is able to guide in Dutch, English, French and German and even bilingual.

Mr. Paul S. of Brusseling wrote about me: I studied 2 years with Roger to become a tourist guide. He had a job and I just lost mine - which allowed me to start a new life as a guide at 56.
We then created the colleagues-group 'Omnibus Omnia', specialised in Brussels history where Roger could develop his own themes, like all four of us did. We supported each other for contents and good practice.
I like Roger's work, because he prepares himself very well, is timely and efficient, listens carefuly to requests and remains flexible. He is able to decide on the fly and has the courage to solve any problem. He walks the extra mile(s) ! That is why I ask him first, when I need a replacement, even if there is the risk that customers stay with him because he's better than me.
Roger speaks English perfectly well (due to a job with an American company) and guides in German, French and Dutch too.
If need be, he can deal with 'the complete Belgium' which I value. Not so many dare to guide outside their region.
I think he is a great guide, well cultivated and disciplined. Works OK with individuals as well as with groups of 40.
Now that I am retired , I hand my 'leftovers' over to him, because customers never are disappointed by Roger.

Nice day with Roger. We were lucky to observe a ceremony and seeing the brother of the King of Belgium. Roger did a great job showing us around.
Joelen (Jody) Fortier

I have a degree as a translator and an interpretor (EN, DE, FR and NL) and have experience in Marketing, Communication and Event Organisation.
Licensed guide since 2008 at COOVI, Brussels Belgium. I took extra courses in guiding in German, in Ghent and Antwerp.
Full time guide since 2014. Factory tour guide at Volvo Ghent and Audi Brussels. Guide at the Atomium and Cantillon brewery in Brussels. Guide at the House of European History.

Message Roger B.
Web address (URL) of this page: http://www.toursbylocals.com/brusselsprivatetours

Tours by Roger B.