Ten European Cities You Haven’t Visited – and Should! 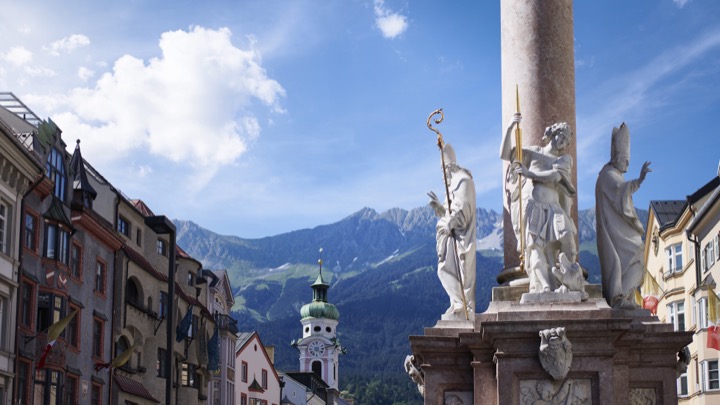 View Gallery (10)
The title says it all: below we’ve rounded up ten amazing cities we’ve overlooked time and again in favour of the biggies. Why should places like Paris, Rome and London get all the love? With many of Europe’s most popular destinations increasingly fighting the impacts of over-tourism, choosing to be more creative with your itinerary benefits everyone.

There’s no need to abandon your favourites, but next time you’re planning a trip to Amsterdam, consider making a side trip to Leiden as well – or forgo a day in Venice for a taste of Verona. There’s much magic (and far fewer crowds!) to be found in Europe’s smaller cities.

1. Instead of Bruges, try Ghent Ghent, Belgium (or Gent, as it's known in Flemish) was once Europe's largest medieval city outside of Paris. Today it's a beautiful and lively university town, intersected by peaceful canals and a well-preserved medieval centre. Ghent is full of striking architecture and some of Belgium’s best museums, but remains pleasantly free of the tourist crowds that converge on nearby Bruges. As the Lonely Planet writers put it, Ghent is “small enough to be cosy, but big enough to stay vibrant.” A bonus for the non-meat-eaters among us: Ghent, already home to many of Belgium’s most talented chefs, is also recognised as the “vegetarian capital” of Europe! 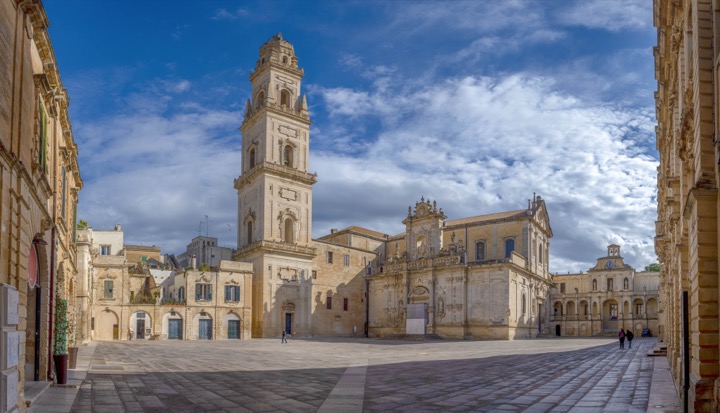 There’s a reason why the Italian city of Lecce is known as the “Florence of the South.” The narrow, maze-like streets of this harbour city overflow with a symphony of Baroque-era churches, whose imaginative and rich ornamentation earned the style the official name “Leccese Baroque." Lecce also dazzles visitors with its robust, rustic food and wine, and is packed with the pleasures of upmarket boutiques, cafes and antique shops. You won’t want to miss this gem of Apulia (the “heel” of Italy)!

Vienna and Salzburg get the bulk of Austria's international visitors, but Innsbruck, Austria - long famous as a winter sports mecca - is a beautiful city even without the jaw-dropping Alps in the background. Its 700 year old Altstadt is picture-book pretty, filled with pastel-coloured houses and presided over by a grand Habsburg palace and baroque cathedral. Enjoy Tyrol-style delicacies at the Markthalle - a lively centuries-old covered market on the banks of the river. And when you've had enough of exploring the city, a cablecar will whisk you 2000m up into the alpine meadows of the Nordkette range for postcard views of Innsbruck and the surrounding mountains. 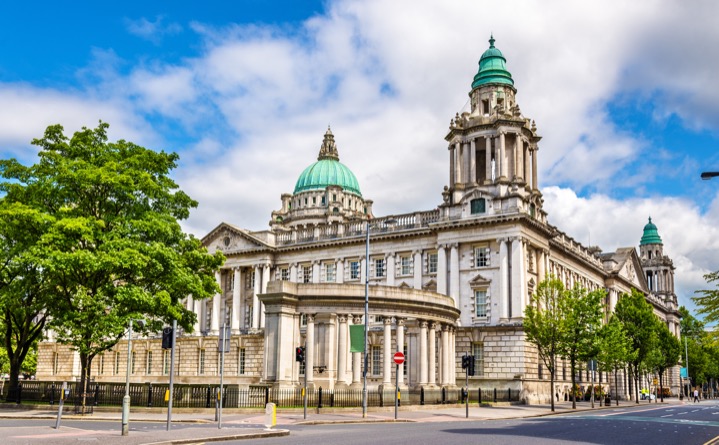 In 2012, National Geographic described Belfast as "a capital that is redefining itself in the eyes of the world". Once considered a place for travelers to avoid, this great Northern Irish city has pulled off a remarkable transformation. Victoria Square, Europe’s biggest urban regeneration project, has enhanced the vitality of the city’s urban core, and added to a list of tourist attractions that includes Victorian architecture, a phenomenal culinary scene and the UK’s second biggest arts festival…plus some of the friendliest people you’ll find in all of Europe. We've noticed a major spike in bookings for Belfast this year - now is the time to go, before it no longer belongs on this list.

5. Instead of Stockholm, visit Göteborg 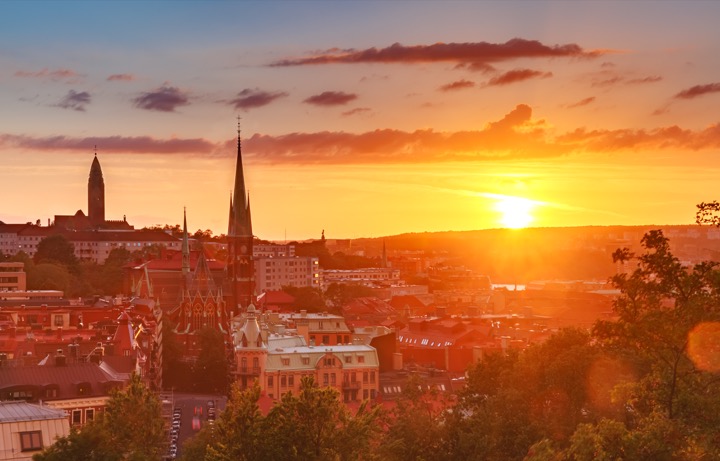 The charming harbour city of Gothenburg is stepping out from behind Stockholm’s shadow, and makes a delightful introduction to Sweden. Running along the Göta River, the city boasts heritage sites and modern museums, an incredible array of parkland and a humming grassroots cultural scene that feeds much of what happens in Stockholm. Window shop along Kungsportsavenyn Boulevard - Gothenburg's answer to the Champs Élysées, and visit Göta Square, the city's cultural heart, where you can find the Concert Hall, Art Museum and City Theatre. If it's a sunny day, a boat ride along the Göta älv is a great way to see the city from the water - or go farther afield and visit the pretty island of Brännö.

6. Skip Amsterdam and head to Leiden 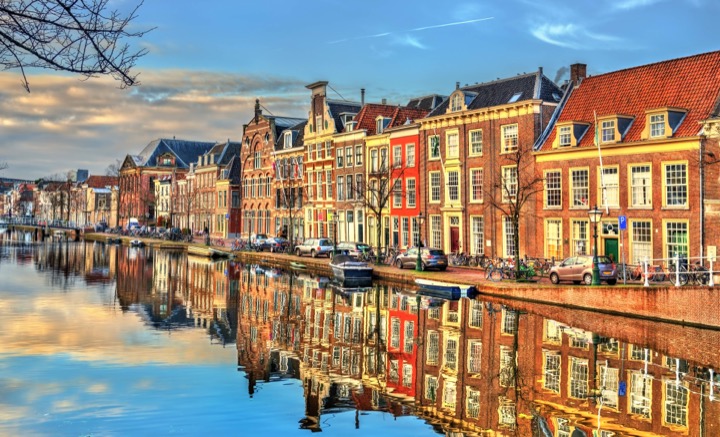 The city of Leiden is a lovely place to immerse yourself in Dutch architecture, history and horticulture. Once home to Rembrandt, the small city is proud of its artistic legacy and boasts many galleries and museums that rival those of Amsterdam - without the crowds. It’s a compact, lively and walkable city, where a stroll will take you along the city's charming canals and past its many attractive old buildings. See where Rembrandt lived, and wander through the campus of the Netherlands' oldest university. 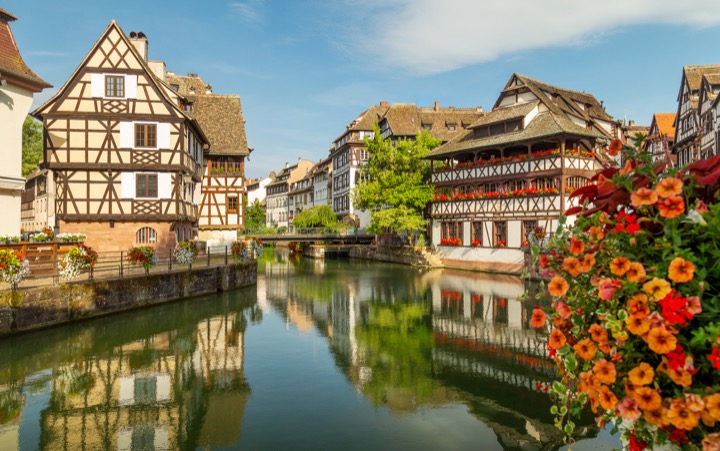 Hasn’t Paris received enough attention already? Alsace is a peaceful and beautiful part of France nestled near the Franco-German border between the Vosges and the River Rhine, about four hours east of the capital. The city of Strasbourg is the region's intellectual and cultural capital, boasting a veritable living museum of gothic cathedrals and half-timbered buildings in its historic centre. Visitors to the city are awed by the 14th century masterpiece at the heart of town: the immense and intricate Cathédrale Notre-Dame, whose lofty spires have wowed the likes of Victor Hugo and Goethe. Either walk around the city's historical centre or rent a bike: Strasbourg is one of Europe's most cycle-friendly cities. Couple its charm with the fabulous Alsatian food and you’ll be left wondering what took you so long to leave Paris!

8. Leave London behind for York 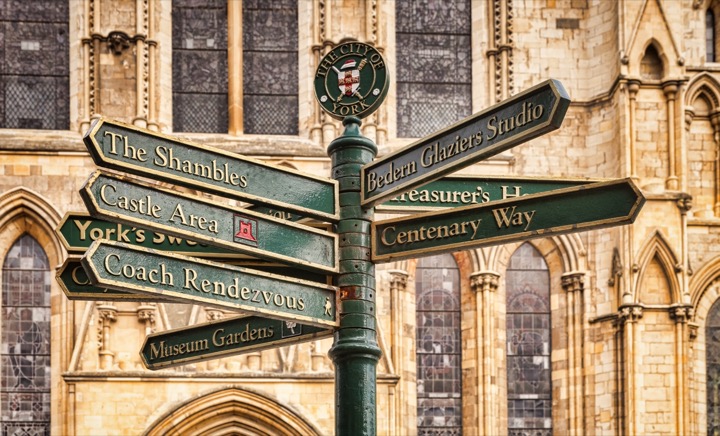 We've all heard of New York...but have you ever given much thought to the original York for which one of the world's most famous cities was named? York, in the north of England has earned accolades of its own: it's the best preserved ancient city in England, with one of the largest Gothic cathedrals in Northern Europe. Get lost exploring its labyrinthine streets or savour the birds eye view from atop the city's Roman walls, where you can marvel at York's exquisite medieval architecture. The cobbled streets of York also contain one of the oldest shopping districts in Europe, a group of medieval buildings overhanging a street known as The Shambles. The vibrant walled city is only a 2-hour train ride from London - what are you waiting for?

9. Instead of Dubrovnik, try Split You want history without the overwhelming crowds that are converging on Dubrovnik? Head – lickety-split – to Split, Croatia. Built around Diocletian's Palace, a nearly 2000-year-old relic of the Roman Empire, this is a city begging to be explored. The heart of Split is the city's majestic cathedral that rises from within the ancient walls of Diocletian's Palace. Built upon the octagonal base of a Roman Mausoleum, the Cathedral of Saint Domnius is a testament to many eras of Western history, from Roman Times, through to the Middle Ages and Renaissance. Of course Split’s location along the sunny Dalmatian Coast is another bonus; a quick hop takes you to the nearby islands of Brač, Vis and Hvar. 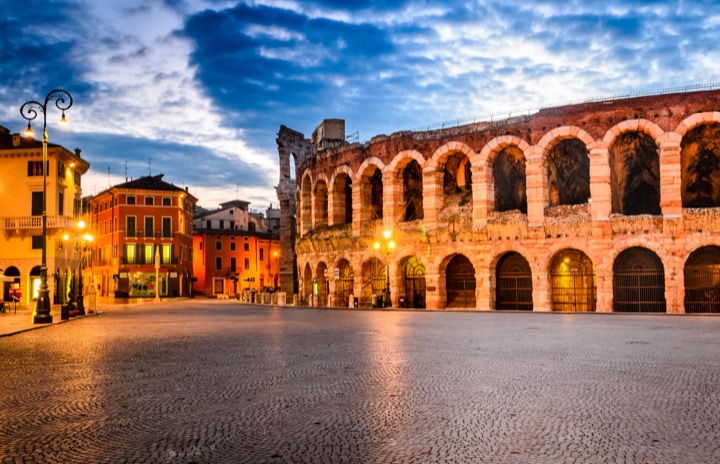 In fair Verona, where we lay our scene... The chorus that opens Shakespeare's most quotable tragedy makes it impossible to separate Verona from the love story of Romeo and Juliet. And the cries of the Capulets and Montagues may well ring out in your imagination as you wander through the enchanting streets of "little Rome". See the Casa di Giulietta believed to be the inspiration for Juliet's famous balcony scene. And don't miss the Piazze delle Erbe which buzzes with market vendors and teems with ornate Baroque buildings. In the summer months, take advantage of Verona's spectacular open air Opera House (a 1st century AD Roman Arena) to listen to live performances under the stars.

Inspired yet? Exploring Europe's quieter cities is an absolute delight. And if you're hoping to explore in depth, local guides are waiting for you in all of them!