Local Tips: What to Do in Barcelona! 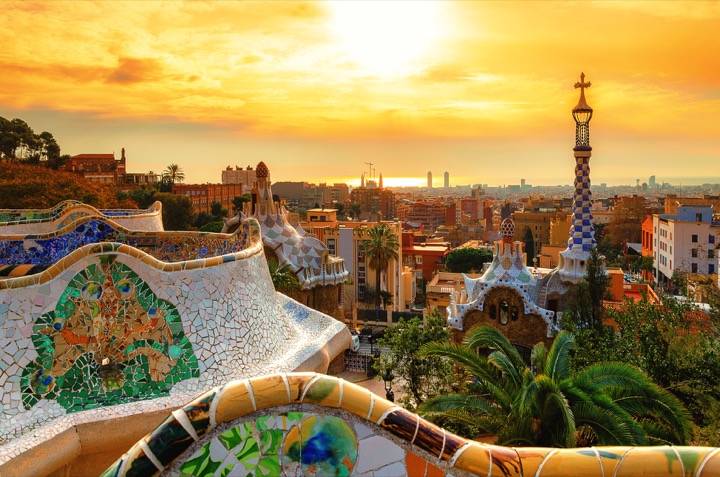 View Gallery (4)
Today we introduce one of our fabulous guides in Barcelona! David has been with ToursByLocals since June 2018 and has already taken over 50 groups of travelers on tour, earning rave reviews in the process. He joins us today to share some of his favourite things to see, do and eat in his beautiful Barcelona.

Hi there, my name is David C, a ToursByLocals guide in Barcelona since last spring. Let me tell you a bit about me before I go into the subject, Barcelona.

Why I became a guide

I had led my career into the Hospitality Industry, and one day I got this phone call from a good friend of mine offering me a first-time Barcelona tour because she was not available. I accepted the challenge and it happened that I had as guests a retired museum guide and her son. After having spent a couple of days together, she said I was a great guide! So, I have to give credit to her for kickstarting my new career. That was the first of many others. The more I was guiding, the more I was loving it. The best decision in my working life was becoming a full-time tour guide; I do not feel as if I'm working because I'm just enjoying it so much!

What I love about Barcelona

Barcelona is just one of the best places to live, anywhere. It has everything! It is very walkable, there is the beach, you can go skiing in just a 1.5 hour drive, it's vibrant, it has over 2.000 years of history and architecture that proves it, great gastronomy, amazing museums, the best concerts in the country and so much more to offer anyone.

When visiting Barcelona, speaking just about 3 top things wouldn't be enough for me. I always
recommend 3 to 5 days so you can also take some out-of-the-city tours. The must-do 3 things in town are:

- Sagrada Familia, Gaudí most iconic work
- Passeig de Gràcia, the most important boulevard in the new Barcelona
- Gothic Quarter, the city from the Roman period until middle 19th century

If you only visit these places in a short Barcelona Highlights tour or stay, I'd bet you would leave Barcelona with the feeling that the city deserves more time and less rush. And there is so much more to see out of town! Places like Montserrat, the Penedes wine region, Girona city, Costa Brava, the Dali Museum up north, the beautiful small medieval villages in Girona province like Besalu (meant to be the best preserved medieval town in the entire country), and many others.

The food in town is great, and trying tapas and paella is a must! But there are many other local and seasonal specialties you should taste, for instance "calçots", which is a long onion fire-cooked, that comes peeled and dipped into a delicious Romescu sauce.

In Barcelona, there are festivities all around the year. The most important ones would be:

But there is one which, not being quite so important or well known, I love, during the celebration of the Corpus Christi, which has a history which stretches back over 600 years. Nowadays this celebration has two faces, the traditional religious one, and a more festive one. But what I really like about it is "the dancing egg", a tradition that dates back to the 17th century. It consists of an egg that dances on top of the water coming out of some fountains located in the old town. Corpus Christi takes place 60 days after Easter Sunday, always on a Thursday, and festivities last until Sunday. This 2019 it will be between June 20th and June 23rd, so if you are coming during these days, don't miss the dancing egg!

If you're a traveler coming to Barcelona in 2019, take David's advice and don't rush it! Savour the city and surrounding area, and make sure you leave at least a day to spend with a local guide, like David.