The Making of ToursByLocals, The Movie 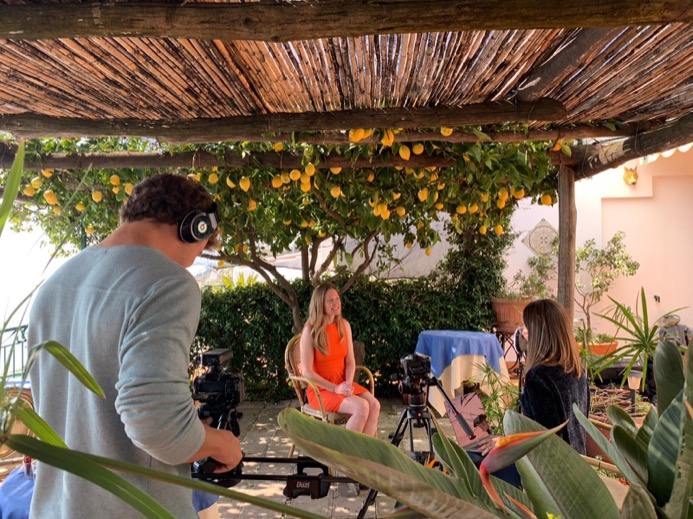 View Gallery (5)
This winter, ToursByLocals was presented with an incredible opportunity: to make a short film documenting the ways in which local guides can enrich travels. We were to film the first week of April, and the planet was ours to explore: with ToursByLocals guides in over 150 different countries, we could set our script anywhere!

We chose a perennial favourite among our travellers: Italy. But not any of the major cities: we quickly crossed Venice, Florence and Rome off the list, choosing to head to Southern Italy and the incomparable Amalfi Coast, and hoping the early April weather would be in our favour!

We involved two of our long-term guide-partners in the project: Rosa and Giuseppe. We loved that they both had unique perspectives and tours that showcased different facets of the area. Rosa is a licensed nature guide, and her tours involve walking the ancient paths between villages, while interpreting the natural and cultural significance of the area. Giuseppe is a licensed historical guide, and his most popular tours take people to the historical ruins of Pompeii, then on a drive along the famous coast. These tours would form the backbone of the film, showcasing the diversity of experiences local guides can offer in an area.

We based ourselves out of two of the region’s most famous towns, Ravello and Positano. Our small hotels in each village kindly allowed us to tape interviews on their patios, which both had splendid vistas of the sparkling Bay of Sorrento. These towns were like nothing we’d ever seen: Ravello, perched on cliffs high above the sea, is quietly gorgeous, with views of terraced hillsides dripping with bright yellow lemons. Colourful Positano, “the Vertical City” seems to cling to a steep hillside tumbling down to the water, and requires strong legs to explore its many charming, but steep staircases.

Included among the film equipment was a drone camera (operated by a talented drone pilot!) and we anticipate some fabulous aerial footage of the coast, along with interviews with our local guides and staff.

We’ll receive the footage in May, and it will start airing on public television networks across the US shortly after. And of course we’ll share it here and on our social media channels! We can’t wait to watch it ourselves and relive our time along the unforgettable Amalfi Coast.