Why You Want to Visit Berlin With a Local Guide 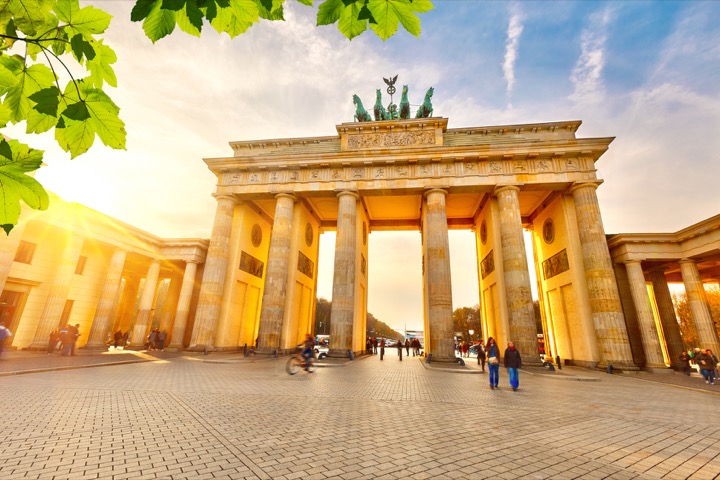 View Gallery (1)
If you're thinking about traveling to Berlin, you'll want a world class guide. The German capital is so richly layered in history, so ripe with of-the-moment culture, that you'll only be scraping the surface without a knowledgeable local companion. Enter Martin, whose passion for the city shines through in his words below.

My name is Martin, and I’ve been working as a Berlin tour guide for over 9 years now.

At first, it was a part-time job for me, as I was also working for a film production company as an archive researcher. That job I got following a brief stint at Berlin’s Holocaust Memorial Foundation where I contributed to an exhibition in 2011 on the 50th anniversary on the Eichmann trial in Jerusalem. In case you’re wondering what credentials I may have had to get the privilege to contribute to such an important exhibition – it was my successful graduation from UK’s prestigious Warwick University with a PhD in German Studies. My PhD dissertation revolved around the German-Jewish exile community in Los Angeles that emerged as a result of Hitler’s rise to power in Germany. Before embarking on my PhD, I successfully completed a Master’s Degree in European Cinema Studies, and prior to that, I lived in Paris, where I worked for Chanel and Yves Saint Laurent.

Nevertheless, to be a successful, professional tour guide in Berlin you also better get a certificate. In other words, on top of my Master’s and PhD, I attended an evening class for almost a year, at the end of which I had to pass several tests to finally be able to call myself a “certified Berlin tour guide”.

I grew up in West-Germany, later moved to West-Berlin, and subsequently went on to live in Paris, London, Bath and several other places. But believe me, no city has the strange, hard-to-put-your-finger-on attraction that Berlin has. Though not as bustling as London and nowhere near as beautiful as Paris, it has several things going for itself where neither London nor Paris can compete: An abundance of parks – more than 250 to be precise – plenty of lakes, something that makes Berlin especially attractive in the summer, and you have an enormous sense of space here which is due to the fact that Berlin is nine times the size of Paris!

Sometimes, customers from London ask me “where all the people are”, as to them the city feels empty compared to London or other major capitals around the world. But this peculiarity is precisely something that I myself love about Berlin: This bizarre blend of small-town and metropolis. Though make no mistake: Boy, can this city become crowded! This usually happens only in the summer, and generally only around Checkpoint Charlie, the Brandenburg Gate, or the East Side Gallery. Places to avoid, if you ask me, but then - they’re all steeped in history so that there’s no avoiding them. Not if you’re a tour guide, anyway! But trust me, Berlin has a lot more to offer than that!

The best thing about Berlin to me, though, is the fact that it is a city in constant flux. And though that might be true of many cities to some extent, it is even more so in Berlin, as here, European history of the past 200 years comes together like under a burning glass, Berlin having been the Prussian Capital, the Capital of the German Empire, of the so-called Weimar Republic, of Nazi-Germany, of East-Germany, and since 1999, the Capital of reunified Germany. More than that, Berlin today is an edgy, multi-cultural melting-pot that attracts people from all around the planet! Add to that Berlin’s many cultural offerings, and you find yourself in one Europe’s most exciting cities of the moment. For instance, did you know that Berlin has a very vibrant gastro-scene, with all in all 19 Michelin stars to its name? Or were you aware that Berlin is Europe’s Nr. 2 start-up capital after London?

So, you see, there’s lots to discover in Berlin! Not the easiest city in the world to get a grasp on, but hey, that’s what tour guides are for!