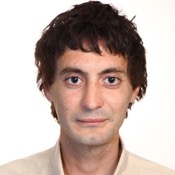 REGGIO lies at the centre of the Mediterranean area and this is where I was born, in May 1983; I originally am from southern CALABRIA, just facing Sicily, and from NAPLES islands area.

I have a degree in ENVIRONMENTAL SCIENCE and a master in HISTORY OF SCIENCE and, since 1998, am an enthusiastic PHOTOGRAPHER.

I am often engaged in VOLUNTEERING for cultural organisations, being a volunteer for several environmental, artistic and cultural NGOs in Italy, Spain, Turkey and Chile. I studied for 3 years in Spain and I lived for 13 months in South America together with my sister. Furthermore I am the person responsible for international relations of "Re Italo" UNESCO Club of Reggio.

Concerning tourism I have worked, as a proper TOUR GUIDE, in CHILE and ESTONIA while I have been guiding in a voluntary capacity also in ITALY, SPAIN, TURKEY, POLAND, ROMANIA, SERBIA; I recently started this activity in southern Italy, where I am well experienced in tour guiding with NGOs members, relatives and friends, people from some 30 different countries of the world, also driving my 500 classic car, built in 1968.

In the recent years I wrote a BOOK in Italian, concerning the HISTORY of Reggio and also a booklet, which has been translated into English, with text, captions and photos, about Reggio province. Both works are published under the patronage of the Province of Reggio di Calabria.

I love discovering new places and cultures and appreciate landscape, sensations, smells, tastes, flavours and meeting people and talking to them so naturally I have friendships with people from every continent. I always carry a notebook with me, to write about the places I visit and the people I meet; and also a local map, so I can check the immediate surroundings of wherever I am.

To date I have taken part in 50 INTERNATIONAL MEETINGS and have been in some 54 COUNTRIES within 5 out of 7 continents.

Friends usually consider me as a SUNNY and ADAPTABLE person who CARES about the others. I am FLEXIBLE and able to CUSTOMISE TOURS according to visitors needs.

The area where I propose the tours is the southern province of CALABRIA, the 'toe' of the Italian peninsula, facing SICILY; it corresponds to the present-day Metropolitan Area of REGGIO, the place where the ASPROMONTE Mountain meets the IONIAN and the TYRRHENIAN sea.
Reggio AIRPORT (REG) is tre-times-per-day connected with both Rome-Fiumicino and Milan-Linate; nearby airports are located in Catania (CTA) and Lamezia Terme (SUF). Reggio is served by a PORT, as well as the close town of Villa San Giovanni and the city of Messina are, by several RAILWAY stations and by the A3 Salerno-Reggio MOTORWAY, the SS18 Naples-Reggio and the SS106 Reggio-Taranto nationals roads.

Despite the earthquakes for which Reggio suffered along the history (in 91 BC and then in 1562, 1783 and 1908 the most destructive ones) it still maintains picturesque constructions, many archæological sites and handsome landscapes. The area had been inhabited by Ausonian-Italic people before Greek arrived, in the 8th cent. BC, becoming a crucial, for both commercial and cultural reasons, region of Magna Græcia: famous Riaci Bronzes can be enjoyed by all into the National Archæological Museum of Reggio and the ITALIOT-GREEK language is still spoken on the Ionian side of Aspromonte. The whole province boasts historical spots and cultural references from the Italic, the Magno-Greek, the Roman, the Byzantine, the Arab, the Norman, the Swabian, the Aragonese, the Angevin, the Ottoman, the Spanish, the French and the Bourbon ages, often representing a link between Neapolitan and Sicilian kingdoms; although it faces at the same time many modern and contemporary architectures. REGGIO, THE PLACE WHERE THE NAME 'ITALY' WAS FIRST USED, IDEALLY REPRESENTS THE WHOLE MEDITERRANEAN AREA.

Due to political issues (more than ten years have passed since the last time the regional government gave the chance to apply for exams to become a tour guide) I will not able to guide you inside the National Archæological Museum of Reggio.