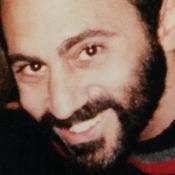 Hello. My name is Dennis, and I'm one of the many licensed and experienced tour guides working for Toursbylocals.

Message Dennis B. View All Tours

Thank you for taking the time to research my tour history and profile.

I'm one of the most enthusiastic, experienced and knowledgeable tour guides licensed by New York City.
How come?
I love what I do! This is my home! I'm telling you stories about my childhood and growing up.

I was born, raised and have lived in New York City my entire life. I'm a 3rd generation New Yorker from the original Italian section of New York's upper east side known as east Harlem, who later moved to the poor
Irish section on New York's west side know as Hell's Kitchen. That area was where the notorious and feared Irish gang, The Westies, controlled and owned the neighborhood known as Hell's Kitchen.

It was at a very young age one learned who's parents groceries and packages one
helped carry up 6 flights of stairs, or who's entrance stairs one voluntarily cleaned snow from.

I feel uniquely qualified for several reasons. Primarily, I take great pride in the fact that I might be the only former journalist who once covered this former grimy, dark and deep underbelly of what was once part of New York City's history, but I'm now privileged to have the opportunity to share the many stories I have witnessed or have first hand knowledge of throughout my years of pounding the pavement.

It's always about the story first, and how well the story is conveyed and told.
Without a good story teller, then you have nothing. I'm told that part of my appeal is that I'm equally comfortable and at home having a conversation with either a homeless person, a long shoreman or a famous movie star.

I enjoy nothing better than escorting people around New York City and being with them as their dreams come true.
I look forward to the pleasure of being with you on your visit here to New York City
and making it a memorable one.

Thank you.
Sincerely,
Dennis B.

I am not a driver and do not own a car.
I can accompany you on your tour with a professional driver and with a modern ,clean vehicle to pick you up at your desired location and return you to your approved destination.

Message Dennis B.
Web address (URL) of this page: http://www.toursbylocals.com/Tour-Private-York-New

Tours by Dennis B.