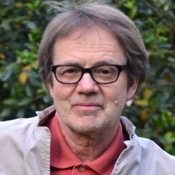 My family loved David's tour and I enjoyed planning with him. My 88 y/o mobility-impaired mother-in-law, a first timer in NYC, enjoyed herself immensely and reported feeling very safe and comfortable with Reynaldo the driver working with David this day. Since she stayed behind at several sights and chatted with him this was very important. Meanwhile David provided us with a truly "Anywhere" tour of Manhattan, just what we requested. His knowledge and humor were impressive. I highly recommend David.

TOUR GUIDE RESPONSE: It was my pleasure. New York is an adventure and when tourists are open to what the day brings , my tours are rewarding to everyone including myself. Going through the whole block of the Royalton on 43rd to get to the Algonquin on 44th ( since our SUV was trapped by a 6 ave street fair) was a real find. Thanx for the drink at the Algonquin - a toast to your aunt , your mentor who hung- out there back in the day! Cheers!

David is knowledgeable about NY, but lower rating due to: 1. Did not have a driver available for start of our tour so took 20 to 30 minutes for him to arrange alternate driver and vehicle. 2. Inserted his political opinion throughout the tour. Not what we were paying for!

TOUR GUIDE RESPONSE: I apologize again for the delay of your SUV. I was there on time and told you that my driver had just informed me his car broke down, but that we would have another driver and car shortly. I appreicate that you replied that you understood “things happen”. I also extend my hand again for the misunderstanding of what I was saying about the inner workings of my city. I meant no harm in anybody's “political views”. My tours are meant to be informative as well as fun. Sorry that you felt differently