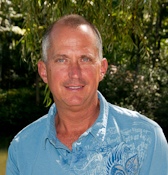 This was a real adventure into Germany during the reign of Hitler. We saw two of the rally grounds, while they have been abandoned and are ruins, it is easy to picture the thousands gathered for the rally. We went to the museum of the third reich in Nuremberg. While our 7 year old grandson was a little bored (not his thing), our 11 year old granddaughter was fascinated. This is definitely a trip for World War II enthusiast.

Kevin was our tour guide for our visit to Nuremberg, and we were provided with an outstanding tour of Nuremberg. We were particularly interested in sites related to WWII, and Kevin was extremely knowledgeable about WWII, as well as being very knowledgeable about the ancient history of Nuremberg. Kevin was very friendly, and fluent in English as well as German. We highly recommend Kevin as a tour guide for anyone visiting Germany.

I had a great tour & experience this past weekend with Kevin. His knowledge of both Munich & Nurnberg is extensive. He customized the tour to which I saw everything I could have imagined and more. He was easy to talk to and I enjoyed both his knowledge of the local history and his conversation of current events. If your traveling in the Munich or Nurnberg area I would strongly recommend Kevin and toursbylocals! I have had many tour guides over the years but he is certainly one of the best!! A++ Thanks

TOUR GUIDE RESPONSE: Thank you very much, Todd. It was my pleasure to show you Nuremberg and discuss cultural affairs with you. Hope you come back to Munich soon!