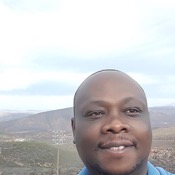 Hello, my name is Nathan. I am a native of Soweto and have been living there for the past 40 years.

I am a licensed tourist guide and am very passionate about my work.
I am specialized in tours to Soweto and Johannesburg City. I relate events as they happened and not what I think happened or learned about. I also run my own tour operator company for personalized and customized tours. My tours are perfect for visitors who want a detailed overview of Soweto township.

I am available from 7 am - 11:30 pm daily, including public holidays. I cater for individuals and groups of up to 40 people. I have been working as a tourist guide for ten years now. All my tours are about history, heritage, culture and struggles of Soweto and its residents.

Usually, we begin our tours by browsing the city of Johannesburg which is the largest man-made jungle in the world and also the largest city not built on a river, harbour or situated on a lake. We then proceed to the Apartheid Museum: nothing captures the dark Apartheid years better than the Apartheid Museum. From there we drive to Soweto using the Military entrance, named so because of a military base across the road which was used to monitor the movement of Soweto residents during the Apartheid era.
We come across the Chris Hani Baragwanath Hospital which was once the largest in the world and now the largest in Africa and the Southern Hemisphere. You get to learn about its history and also why it was an important venue for the British Royal family, including the young Queen Elizabeth to visit in 1947. We visit a squatter camp, a shanty town without electricity and plumbing. We visit the twin towers of Orlando Power Park each 100 metres tall and often mistaken for a Nuclear power plant.
You get to see open hair salons, spaza shops, the first high school in Soweto, the first township of Soweto, Walter Sisulu Freedom Square which was the birth of the Freedom Charter which later became the blueprint of our constitution.
We drive by Regina Mundi Church the largest Catholic in Soweto used by the anti-apartheid activists as a meeting place and also where the Anglican Archbishop Desmond Tutu used to address the people. A spiritual home of the struggle, because this is where political meetings, protest rallies, community gatherings and funeral services of many political victims were conducted. Often raided and attacked by police with tear gas and live ammunition, a tour around the church will show you bullet holes in the ceiling, walls and the broken altar railings damaged by crowds trying to escape the police and their dogs.
Hector Pieterson Museum and Memorial, the memorial unveiled in 1992 by Nelson Rolihlahla Mandela and the museum opened on 16 June 2002 to honour Hector Pieterson and all those who died around the country in the 1976 students uprising. The museum houses photographs taken on this tragic day and fuse memorabilia with modern technology and cultural history.
Vilakazi Street Precinct is the famous street in Soweto and is the only street in the world to have two Noble Prize winners as its residents. Nelson Mandela and Archbishop Desmond Tutu lived in Vilakazi Street. Nelson Mandela House is a museum and the biggest tourist attraction in Gauteng, preserved in exactly the same state as it was when the Mandelas lived in the 1960's. The Bishop Tutu house is also a tourist attraction and is an important part of the rich history of the Vilakazi Street precinct.

Excellent guide. New all the right places to take us. Great day out :)
Jaret Kambeitz