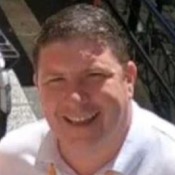 Hi guys! My name is Lawrence. I was born East London, I grew up in many different parts of London as my parents were publicans.

I'm a licensed London Taxi Driver (other wise known as "The Black Cabs"). I passed the knowledge of London on 1st July 1999. This is widely regarded as the hardest test and exam in the world as far as taxi drivers go. As well as being a cab driver and guide I also teach self defense in the form of Krav Maga. I have many different interests including history, sport, music and most importantly my family, especially my Grandchildren.

I've been a registered guide since Feb 2017. Gaining my qualification through the Worshipful Company of Hackney Carriage Drivers (accredited by the City University). As a guide I like nothing more than to show my guests around our amazing city and all it has to offer. Especially if it's their first time in London, it still feels like a real honor. I like to make my tours as fun as possible, but obviously make sure they are informative

I predominately tour the city I love and hopefully you will too. I will take you to see places The Tower of London, Tower Bridge, Buckingham Palace, the Houses of Parliament, Westminster Abbey. As well as a few off the beaten track locations. London is a place where I would defy you to get bored, all of life is here ! There is so much going on here, some many different races, colors, creeds and cultures. This place has always been a melting pot of people from as far back as the Romans to the current day, some things never change.

If however you've been to London before and would like to try and see something else then I also offer tours outside of London. I will pick you up from any Southern Seaport, Airport or Central London Hotel. I take my guests to places like Bath, Stonehenge, Salisbury, Canterbury, Dover, Windsor. I can also undertake layover tours if you're only in London for a few hours. All tours can be tailored to your needs and interests. I look forward to hearing from you soon and be able to show you around my most marvelous of cities and beautiful countryside.

Although I am a registered guide I am not a blue badge guide. This means that I can escort you to places like The Tower of London, Westminster Abbey, St Paul's Cathedral and Windsor Castle I am not allowed to guide you.