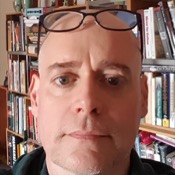 Hi, I became fascinated with New York City, and the Frankenstein's monster of history and architecture from Central Park down to the Battery, when I moved to Madison Square in the early 1990s from the suburbs to work in publishing.

Message Robert A. View All Tours

I was in my mid-20s and inline skating had just come around. I skated everywhere, sometimes hours and hours a day, for years. I still do.

I was struck by how different the buildings were in Manhattan's many varied neighborhoods. And not only in the variety of materials; cast iron, brick, steel frame, and the variety of architecture, but how the combinations of old buildings differed from neighborhood to neighborhood. Streets that had been residences for the working class and the wealthy alike, became commercial buildings for shops, hotels, theaters, museums, clubs and restaurants. In turn, those blocks would become buildings for business, offices and industry. And Manhattan's many neighborhoods all had some permutation of these sorts of buildings; and all of it seemed to have happened over a period of continually changing history, a long time ago. The city was an indecipherable historical mess.

While living in New York for about 25 years I'd worked in book publishing and educational editing. In my spare time I would read and study everything I could about New York City history. It was difficult trying to make sense of buildings that had been adapted for re-use over time, from different points in time, sometimes many times over. Which buildings came first and why? Why did some buildings survive while others didn't? What new buildings came in? How did the ones that stayed, change?

It's well known that "the city moved uptown", but I knew there had to be a logic to the inscrutable assortment of buildings that comprised New York's many neighborhoods, especially below Central Park. And I eventually realized the city was telling a story through the streetwalls, and architecture was the language.

And just as meaning is found in syntax with words, the arrangement (or order) of buildings along the streets and avenues tell a meaningful story of the city.

Each neighborhood, with its own particular assortment of buildings, be they brick, cast iron, steel frame or glass, built as a home, a store or a factory, new and historic, tells the particular story of that neighborhood. But, I realized, too, it was all the different combinations of buildings in Manhattan's different neighborhoods that told the story of the whole city! And so ten years ago I left publishing to become a full time tour guide in order to tell that story. And all of my walking tours are a result of that endeavor; they look to answer one question: Why does New York city look the way it does?

When the author James Baldwin called New York City "spitefully incoherent" he could have been referring to any district or neighborhood between the upper class residences facing Central Park and the Financial District. In between are neighborhoods that were created by a slow-motion cyclone of brick and mortar, glass, stone and steel up through the middle of Manhattan. That path of tearing down and building up left behind Museum Mile, the Fifth Avenue shopping district, Times Square, the Garment District and Herald Square, Murray Hill and the Empire State Building, Madison Square and the Flatiron Building, the Village and Union Square, NoHo and SoHo, Chinatown and the Lower East Side, Tribeca, and finally City Hall and the Financial District. These are the parts of New York City that contain the history of the city's move uptown through the island.

My walking tours decipher the incredible interplay of histories of residential neighborhoods, districts for shopping, theaters, hotels, museums, as well as defunct factory districts for printing and publishing and garment related manufacturing, as they all, in successive waves, moved up through the middle of the island.

5 stars. So informative. Rob is so knowledgeable about all things NYC. We learned to look up!
Jo Anne Jones

Author of a NYC history blog.

Message Robert A.
Web address (URL) of this page: http://www.toursbylocals.com/Private-NewYorkCityTour

Tours by Robert A.