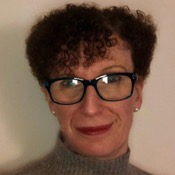 Greetings My name is Julie Originally from Belfast , Northern Ireland , London has been home for over 30 years and what a City it is . . . . .

Ever changing, it is filled to overflowing with nearly 2000 years of history
It just never fails to surprise and delight

So 3 years ago I abandoned my successful career in retail and became a qualified City of London and Borough of Camden Guide -both officially recognised year long guiding courses that focus on London's history. I am also a volunteer guide at Highgate Cemetery and Barts Hospital -the oldest hospital in England .
My walking tours aim to deliver vivid , informative and entertaining stories by bringing the past to life.
The tours cover the Highlights as well as the Hidden gems of the City and I also go 'off piste' into some of the less well known areas including Kings Cross and Spitalfields
The tours are mainly walking (at your pace) with public transport where required
Any city I visit I always book a walking tour -it's the best way to get to know a place
So it would be my pleasure to show you the London I have grown to love

I am not licensed to guide in Tower of London, St Pauls or Westminster Abbey