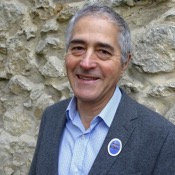 Come on an entertaining and informative tour with me, Robert.

So much to show you !

I am a Londoner and I have worked in the capital all of my career, except for 2 years spent overseas. I have travelled widely and I appreciate what appeals to visitors to Britain. For my tours I use a mix of walking, private hire cabs, public transport and, in London, river boat services.

I particularly enjoy taking families on tours. As a volunteer in the Learning Department at Westminster Abbey, I lead school groups and students around the Abbey which adds another dimension to my guiding and enjoyment.

Within London, there are two cities - The City of London, the 'Square Mile', a global financial centre characterised by its cutting-edge modern architecture, its medieval lanes, and St Paul's Cathedral. Famous and infamous people have left their mark on the City. I have worked in finance and banking so I can explain in an engaging way the commercial background to the City's development. As a Freeman of the City of London I have the symbolic privilege of being allowed to drive sheep across London Bridge!

And in Westminster, the second city, we can explore palaces, parks, pageantry and Royal heritage.

London is amazing and busy and I offer enthusiasm and organisation to bring you a great experience.

We can also go further afield to places such as Hampton Court Palace with its Tudor history or Oxford with its colleges, both are locations I know well.

What people say about my tours:
"Thank you for a fascinating and inspirational morning…. " (comment by RE)
"…. greatly enjoyed the fascinating and amusing guided tour of the City you gave on Saturday" (Private tour group)
"We had a wonderful day today seeing just the smallest sliver of the rich history of London". (MT, Connecticut).