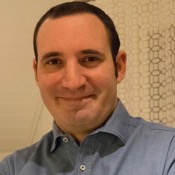 When I decided to study political science and international relations, my dream was to be a diplomat and have a chance to learn about new cultures and work in foreign countries.

Message Tayfun A. View All Tours

In my sophomore year at the university, I travelled to Moscow to represent my country in an international student conference and it was my first trip to a foreign country.
There I realized that travelling was my passion, not being a diplomat. However I graduated and began to work in a travel company in Istanbul where I had the opportunity to travel all around the world.

Before residing in Norway, I had worked as a tour leader and a guide in many countries. I come to know and meet many people from different cultures and nationalities which contributed me to have a broader sense of the world and gain precious experience.

I work as a licensed guide in our unique city of Ålesund and in the surroundings which always rank high in Norway's top-ten-must-see lists. I love to tell about the history, art, architecture, stories and general facts about the city and the country which I love to live in.

Tayfun was at the port super on time. After that he took us walking through beautiful Alesund for two ours and was very beautiful, interesting and enriching. He wanted to walk more and was very enthusiastic, but we were a little hungry and tired and decided to go to a local restaurant he suggested and it was wonderful. Great guide. Thank you Tayfun!!Our greetings and blessings!!!Without you we wouldn't have seen Alesund in a nice organized way with the little time we had. Saludos!!!
Mari Cesani-Garriga

I have BA degree in political science and international relations. I had worked as a tour leader for many groups in more than 40 countries before I resided in Norway. I have completed the official tour guide course by Ålesund Guide Association and have been working as a licensed tour guide in English and Turkish languages.

Message Tayfun A.
Web address (URL) of this page: http://www.toursbylocals.com/AlesundPrivateTourGuide

Tours by Tayfun A.